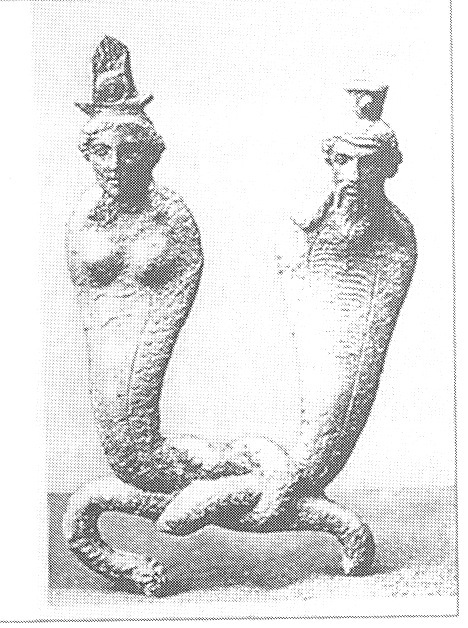 We are more than one human variety on earth. There are RH positive people (85% of the population) who have Nickel based blood and there are RH negative people (15%) who have Copper based blood. My study of this subject began when I became pregnant and learned that as an RH negative woman my body could potentially kill my child if it were to be RH positive. My body is literally not supposed to breed with an RH positive man.

Most medical people will say this is no big deal because there is something called Rhogam that is given to the mother in an injection and makes it possible for her to bear her RH positive children. Well, aside from the toxic substances inside of the Rhogam shot (which I have had to clear through Homeopathy) it is very obvious that my body does not want to breed with 85% of the men on Earth. That is significant.

And explains why I am so weird when it comes to dating. I just don’t respond to dating the way that a woman is supposed to; you know, look for and attach to that strong provider type and fit neatly into society. This just doesn’t work for me, and I have pretty much found the way that most people date annoying at best and I often see men’s behavior as completely revolting. I have no problems with sex, it is the behavior around all of it that is such a turn off for me.

But for me this is a subject of far deeper implications and it most definitely IS a big deal. It goes to the very roots of humanity and deep profound truths that have been covered up for centuries so that we do not know them. But being RH negative has definitely made me different than most people and one way it has done so is by making me extremely clairvoyant.

My work is provable and verified through many years of doing readings for people, and also lots of written predictions, etc. But that is not the point here. My point is that I have had many visions throughout my life and a few of them I have not been able to make sense of until recent years.

I had opened a tab on YouTube and it sat open on my laptop for a few days before I finally watched it. It took me a long time because the title was something I had thought myself but didn’t dare to say out loud – because, well. It’s really pretty weird. Especially for a girl like me who KNOWS the Bible is edited and full of BS to distract the gullible and easily led. But here is the Video:

And here’s another one that goes into depth about the different types and asks a lot of questions about why there is no real info available out there on RH negative. it is weird really, that my body can’t have a baby in a natural way with most humans.

This  first video has put a few missing pieces to my puzzle together though, and made sense of some of my clairvoyant visions that I have seen, mainly the one where I was a guardian of water pods (I use the pronoun I as in the sense of I being the person who was having the experience – in other words it was a subjective first person experience that I saw in my vision). These water pods were hugely important because the kelp-like plant that grew them was sacred and massively important to our survival. What I haven’t figured out yet is why I saw this vision as being on the Moon, as creatures who live inside the Moon and need the water (and the nutrients) from the pods to survive. Maybe we have copper based cousins who live inside the Moon. It would not surprise me.

Deep Myth: Human origins are not what we have been told and as alluded to in the first video above, humans were created by an aquatic highly advanced alien race called the Nummo. They are pictured all over ancient art, just look at all those images of humans with fish bodies. And while we are on the subject, what’s up with that STARbucks logo?

The Nummo created us as hybrids between the creatures of the sea and the Neanderthal man that they found here on Earth. But specifically, those they created were RH negative and had copper based blood. There are several sea creatures with copper based blood including the octopi, various crabs, some spiders and scorpions. This also puts a whole new spin on the idea of NEPTUNE as the lord of the sea. But that belongs in another post.

I have also felt a deep, profound (and lonely) connection to the Shushemna – the Ida and PIngali. One of them (the female) is a giant snake like creature at least 100 miles long that lives at the bottom of our oceans. Her male partner is the other one (Ida I think) and he is much smaller and he is actually what has been spotted as the Loch Ness Monster. They were somehow separated by an underwater volcanic wall and so are lonely and in constant search for each other. She calls for him, he feels her but cannot get to her.

(This article discusses the archeology of the Nummo Twins)

The significance of the Pingali is that they are the EXACT same snakes depicted on the CADUCEUS symbol that is universally used by the Medical establishment as a symbol of healing. And on another side note of ‘coincidence’ that is NOT coincidence (there is no such thing); my father is an artist and sculptor and when I was a little girl of about 5 he was commissioned to make a giant Caduceus for the front of a medical building. Ironically, he has always had really horrible health his whole life with such extreme allergies that the only thing he could consume as a baby was vegetable broth and also such extreme asthma that he often has to be under an oxygen tent.

This was really horrible – and terrifying – to watch as a child, and probably one of the reasons I became a healer. It is my instinct to try to help and fix that kind of pain and suffering. Most of my life I have done this in ways that caused me extreme pain and depletion because my father had a very sick soul and is what one of my therapists called “Pathologically Narcissistic.” Which basically means he can’t and won’t be healed because he doesn’t want to be. And for reasons I won’t get into here, he caused me extreme suffering for most of my life. In all truth, I believe he is possessed, and that is not something that I can help him with.

Back to the Shushemna, they are very real and they represent healing on a mystical level. Together they create a massive force field through their copper based blood. They also represent an aspect of the activation of human DNA. This is tied to the number 8 – also known as the infinity symbol and which is yet another representation of DNA. the secret coded here is that truth never dies. The healing and wisdom locked inside of our DNA can be reactivated through proper food and spiritual practice. This will unlock the next level of our individual psychic and spiritual journey towards ‘knowing.’ This is true for everybody RH positive and negative. As an RH negative person, it really just means that I am here on Earth to help to heal us all.

Food for healing: A full list would be impossible but the most important are foods and plants from the sea, especially Kelp and IODINE. Iodine deficiency is not only rampant, but we are also being poisoned by Bromide. Bromide attaches itself to the Pineal gland and shuts down the higher intuitive functions of the human as a spiritual being. Clearing it with Iodine helps to reopen the pineal gland which leads to psychic visioning and a direct connection to the higher self. The Iodine protocol is specific and needs to be undertaken with it’s co-factors to avoid detox symptoms. Here is a link to Sun Fruit Dan’s video about it:

Another thing this girl Ashira says in her video is that we started to use PINE as the tree – aka the Christmas tree. Well, for the purpose of your health the oil of the PINE tree is actually Turpentine. And in it’s raw unadulterated state it is extremely good for your body and will destroy all parasites that live in your system – and I mean ALL of them, not just in the intestines but also in the brain, the muscles and the organs. This was another psychic insight that I was shown – Cancer is often caused by parasites in the body. So, I’ve been known to take my Turpentine. I could go even deeper into this subject and discuss the root word Turp or Terap which also is the basis for the word Terrapin and relates to the nose, olfactory senses and the ability of the human body to take in healing scents from the earth (terra) to rebalance and heal ourselves. But that would be too much for this one article.

Meditation: Is the other half of this story. There are literally thousands of good books on this subject. But I will just add here that Meditation is not just a passive experience. The first step of meditation is to learn to manage and focus the mind so that it doesn’t run you like the tail wagging the dog.

Once one becomes practiced at meditation you can take it to the next level and move towards MANIFESTATION. I know that the Law of Attraction is what most people read about when they want to manifest their desires and dreams, but most of us run into obstacles along the way, and this is what my book, “The Rest of the Secret.” addresses and the accompanying workbook helps you to set an intention and work towards creating it with your focused mind. Here is the link to learn more: