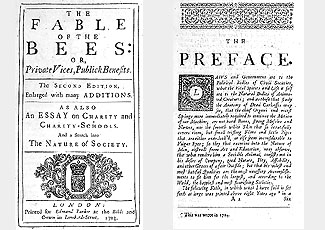 I recently watched this video on YouTube and wanted to really dig into it because this is a subject that I have studied deeply (I am rh-) and also had some very SYNCHRONISTIC experiences around. I was ‘friends’ with someone closely connected to Max Spiers and saw and experienced some things firsthand that really drove home (with actual evidence) the truth that there are alien hybrid people who live among us. This all started a year ago for me when I was at the Anarchapulco cryptocurrency conference in Acapulco MX.

Weird as that may sound, I had TWO separate hybrid experiences at that conference. One was the girl who rented the other room from me and the other was the guy I was seeing at the time. So, yeah, I was pretty close to them both. And both of them showed me their eyes making that vertical slit that you see on YouTube videos that look like they’ve been manipulated in After Effects. Well, I am pretty good at using Adobe tools and definitely couldn’t produce the REAL LIFE effect of reptile eyes. But both of these people had them, and showed them to me. She did it on purpose, her eyes are brown so it was harder to see. I’m not sure if he meant to show me or not, but his eyes are light which made it blatantly obvious to see. Let’s just say it happened in a private moment.

If I had not seen it directly myself – TWICE – I would not have believed it. I read David Icke’s book “The Biggest Secret” and it kept me up at night – mainly because I had experienced my own ‘reptillian’ moment in life. But that one was through what was revealed to me under hypnosis about a person who had caused me EXTREME SUFFERING in this lifetime.

It took place in a therapists office and as soon as I described this reptile controlling the human my therapist took me right out of my hypnotic state. Not sure what she was scared of, but on the ETHERIC level, the reptile energy is commonly known to be seen or experienced by those who are under LSD trips. This is another subject (the actual subject of my short film, Lucy in the Sky) and one I will dive into later. But basically, I knew this to be a REAL energy that existed on the non-physical dimensions, but I did not want to believe that it was real and physical. But it is. I saw it with my own two – very HUMAN eyes.

Max Spiers was a disinformation agent. This is why he was allowed to become so famous and popular. If you actually pay attention to him, it is a lot like listening to radio with static interference or a record that skips. There are gaps/holes in his thinking/mind. One of the key tools of disinformation is that it sandwiches lies between several truths (like the shows on GAIA) – and a LOT of what he said was actually true. B blood type is definitely hive mind. After living in Silicon Valley for years, I am pretty sure that 90% of those mindless corporate drones and coders out there are B’s. This is just my opinion though, no empirical evidence, lol. But my intuition is good enough for me (rh- here).

But yes, Bees are sacred and there is a lot of spiritual symbolism attached to them.  There is actually an ancient book called ‘The Fable of the Bees‘ which is all about how the controllers (of this world) can control the B (Bees).

Max is right about SOME of the properties of rh negative people. RH negative is only controllable once they have been severely broken down through torture, isolation and pain, which is what he says about 0+ in this interview. That is not the case. He has transposed the truth and put it onto a different group. Otherwise the rh negative copper blood gives a greater DIRECT connection to the divine and god source because of the electromagnetic properties of the blood. RH positive blood is nickel based and not conductive in the same way as copper. This is not to say one is better or worse than the other, just created for different spiritual purposes. If rh neg is controllable it is through this magnetic/conductive property – but only AFTER so severely tortured that their direct connection to the divine has been severed. Once severed the rh- energy searches desperately for something to connect to, and this is how they can be controlled through electricity, or another (dark, evil, manipulative, sub-human, narcissistic, nephilim, illuminati) person.

If you have rh- blood then above all else, you must work on keeping yourself positive, happy and in a high vibration. This actually applies to anyone with green, hazel or green/golden flecked eyes, red or copper colored hair (or undertones) or golden skin – even among dark or black people. There are less of these because genocides have wiped most out, but rh- exists in all races to varying degrees. If you can look at the inside of your wrist and see your veins have a more greenish tint than blue (or more so than the others of your race) then you are likely either RH- or carrying the gene for it which means this applies to you. It is when you become depressed, sick and sad that you are most vulnerable to negative and parasitic entities (on etheric AND physical levels). And DON’T TAKE ANTIDEPRESSANTS – use natural (more effective) sources (try this parasite cleanse). You are more susceptible than others. This might be what he means when he says rh- is more controllable.

RH and the BIBLE – well this is a massively huge subject, but to keep it brief I’ll just put it like this; why is the Bible obsessed with who begat who (delineating family lines)? Why has this part of the Bible survived when so much of it has been ripped away, hidden and destroyed (including the Gospel of Mary Magdalene)? What genes are they trying to trace? Also, some of the ‘names’ in the Bible, like David or John are actually titles and roles that were held by those who exercised specific functions within ceremony. The role of some RH- types was to conduct electricity. Think about that. Ceremony is actually for the purpose of conducting energy and electricity.

A couple of other related questions
Who are the Giants (evidence exists of Giant bones in burial sites)?
Who are the Elves (leves – leve means to ‘rise’ – the Jews eat UNlevened bread – bread that does not rise) Why would anyone eat leves? Who would it be that does that?
Who are the Fairies?
Who are the Dwarves?
What happened to all of these?
Why do we REALLY have wars?
What is the REAL purpose of genocide?

RH- is also more MAGNETIC, which makes people be DRAWN TO THEM. This makes them influential in whatever sphere they belong to. This is why it is so important for the sub-humans (Illuminati) to control them; they hold key positions and others will follow them. Having influence draws jealousy, competition and the desire to destroy them from those of very low vibration. In this way the controllers can use the mindless to tear down the mindful, the darkness to tear down the light – without having to go and do it themselves. This is the essence of black magic.