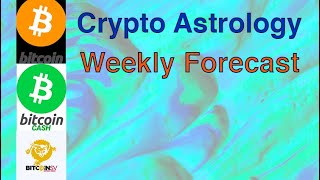 Uranus likely got whacked by a body one to three times as massive as the modern Earth. Uranus is uniquely tipped over among the planets in our solar system. Uranus‘ moons and rings are also orientated this way, suggesting they formed during a cataclysmic impact which tipped it over early in its history.

A major event that happened during that eclipse was the influenza pandemic, which was the most devastating health crisis to ever effect the US as a country and killed approximately 50 million people at the time when the population was not a whole lot more than that. Nearly everyone had lost at least one member of their family effected by this epidemic and many whole families were wiped out.

Watch the video to find out more information.

Aura Wright has been featured on “The Chelsea Lately Show,” “Entertainment Tonight,” and others. She was also the columnist for the Yogi Times. She accurately predicted the 2008 housing crisis, as well as the 2019 peak in BTC price. Then she predicted the 2020 BTC low. Other accurate world predictions include; a discussion of a world pandemic in an article posted in 2017.

What is the main focus of our work at this unique time in history? To help people to benefit from the massive financial changes that are currently taking place in the world. One of the best ways to do this is through owning cryptocurrencies like Bitcoin and also with Precious Metals like Silver and Gold.